Located at India’s tip, this is undiscovered South India at its best. Here, at the ends of India, you can party in Chennai, feel the Francophile vibe in Pondicherry and explore the romantic Nilgiri hills.

Top sights include the New Age Auroville centre where hundreds of people (mainly westerners) work to build a new way of life, Madurai for its temples and museums and the hill station of Ooty.

Quirky fact: the fire rituals at the Arunachalesawr temple mean an air thick with the smell of roasting ghee. 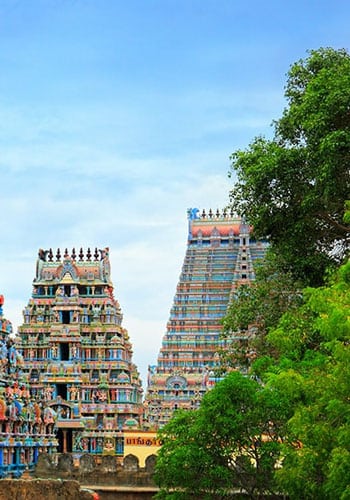 Madras (Chennai), the state capital, is a sprawling coastal city and the gateway to this historic state. Established in 1640 as Fort St. George by the British trader Francis Day, this bustling city has a wealth of Imperial architecture and Indo-Sarcenic buildings line its marina. Near Madras are the ancient temple towns of Mahabalipuram, with the legendary Shore Temple, and Kanchipuram, known for its exquisite silks.

Although like most Indian cities, it is congested, there is an almost complete lack of stress and tension, which is greatly symbolic of the deep spirituality of this state. The first British settlement in India, Chennai still has a fine legacy of colonial architecture which display a wide range of influences from the elegant classical style of the 18th century to the much more eclectic Anglo-Indian school of the late 19th century. It is the latest of a line of Indian cities that is hurtling into the 21st century, and now even has a small but impressive collection of trendy shops, coffee bars and nightclubs. 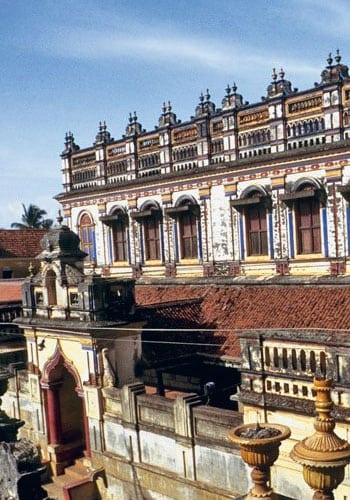 Chettinad is famous for its fortress-like heritage homes and temples made during the Chettiar dynasty. The Chettiars were, and still are, a prosperous merchant community and their legacy can be seen in the ornate mansions and shrines they built when at the height of their powers. Chettinad also offers extensive antique shopping, the weekly ‘shandys’, (colourful village markets), visits to craftsmen working with wood and metal, silversmiths and goldsmiths, attractive textiles and an exquisite exciting Chettiar cuisine. Not yet discovered by the world, Chettinad is a rural area certain to surprise even the most discerning traveler. 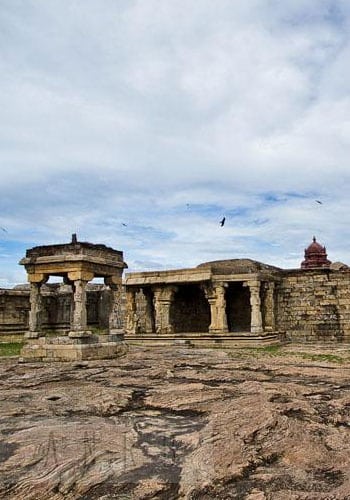 Cardamom House at Dindigul offers a true Indian village experience, which few tourists will ever encounter. Walking around Dindigul, you will pass a Hindu temple situated under a banyan tree and, if you are feeling energetic, you can walk up the hillside and visit the Shivite Temple dedicated to Lord Sadayani. Other walks nearby take in banana plantations, fields of chili and groundnuts, and of course hundreds upon hundreds of coconut trees. The beauty of this pace lies in its lack of usual sights to visit on the tourist tick list.  It is a place to relish peace and quiet and to explore local village life, based from a simple but picturesquely located ‘home stay’ property.

Known as the Temple City and one of India’s most sacred pilgrimage centers, Madurai was laid out in accordance with an ancient temple custom whereby the Great Temple dedicated to the Goddess Meenakshi was placed at its center. Considered to be the finest of its kind in Tamil Nadu, this great temple’s towering gopurams are covered in a riot of gaily painted, dancing and cavorting Gods and Goddesses. If you can, endeavour to visit these temples in both the morning and evening to experience the pujas, processions, music and singing in its numerous pillared halls. No two visits are the same and it is always a fascinating experience. We also offer walking tours in Madurai, telling stories about it’s people and the food and more, a lovely insight into life in this temple town. 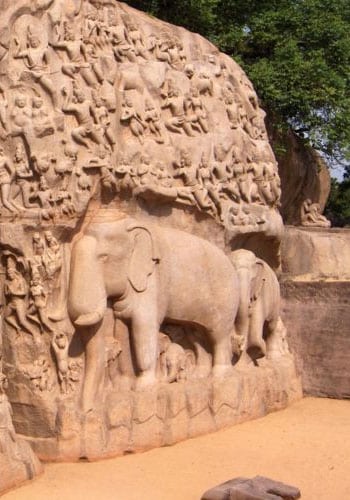 Mahabalipuram, renowned for its shore temples, was once a hectic ancient port city. From the 8th to the 11th century, the Pallava dynasty conducted a thriving maritime trade here with the Far East. The beach now is full of domestic tourists but it is fun to stroll along to witness how their beach culture differs from ours and to see the games and snack foods on offer. The highlights are visits to Arjuna’s Penances and the magnificent Shore Temple which, although ravaged by the elements and the pounding ocean waves, still reflects the glorious past of these intrepid merchants. 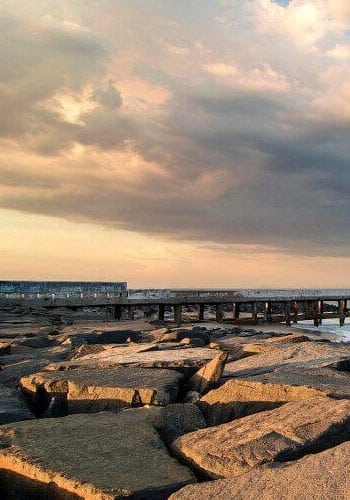 Pondicherry has an unusual, European atmosphere not repeated anywhere else in India. It was ruled as a French territory for 300 years, and today stands as a living monument to French culture in India. It was the site of many a decisive battle during the struggle to gain trading dominance between several European Imperial powers, remaining the capital of French India until independence was attained in 1947.  Its chic streets, elegant colonial houses and ornamental gardens all date back to the 18th century and is one of the only places in India with French restaurants and cafes serving croissant!  As well as a base for visiting Auroville, Pondicherry is also fast becoming a favourite shopping destination, and, with taxes almost non – existent, it offers excellent value. It is best known for its traditional doll making, textiles and silk weaving, as well as for leather, pottery, incense and handmade paper.

Nestled in the highly fertile delta of the Cauvery River, Tanjore, now known as Thanjavur, was the capital of the Chola dynasty from the 10th to the 14th century. Tanjore’s magnificent Brihadiswara Temple is the highlight of a visit here. It is a fine example of Dravidian artisanship and has exquisitely detailed Gopurams (towers) carved with images of Hindu deities on the outside, whilst on the inside many of the carvings are Buddhist. Different days bring different experiences here, some days they are counting the donations, on others, there are dance performances but every day It is wonderful to watch the sunset here as the hues on the temple’s stonework, along with the flocks of swooping, diving birds, gives the temple a magical quality. In addition to the temple, Tanjore is renowned for its classical dance, unique paintings and traditional veena making. 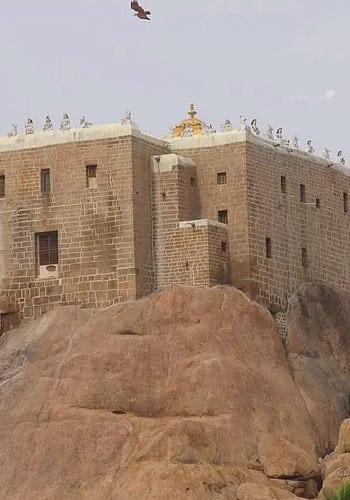 Trichy situated on the banks of the Cauvery (Kaveri) is best known for its two remarkable temples. It was the Nayaks of Madurai in the 17th Century, who turned a mighty rock near the river into the spectacular Rock Fort Temple. On top of earlier constructions they built two temples, one dedicated to Shiva and one at the summit to Ganesh.  Reached by over 400 steps (both temples are closed to non-Hindus) the climb is worth it for the views over the delta plain. From the top, the great temple complex of Sri Ranganathaswamy, dedicated to Vishnu, is clearly visible on an island in the river. Begun in the 10th century and added to by numerous dynasties, the temple and covers a staggering 2.5 sq. kms with seven concentric walls, the outer three housing tens of thousands of people and the inner walls protecting the temple itself. Today, Trichy is known for making artificial diamonds and the pungent Indian cigarettes, bidis.