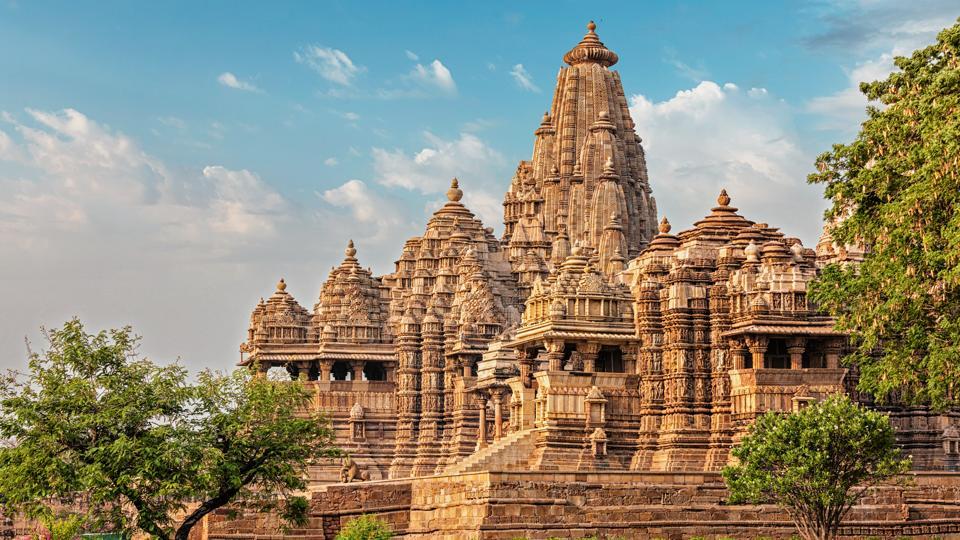 Khajuraho is predominantly known for its erotically carved temples which are widely acknowledged as having some of the most exquisite temple art in the world.  They are listed by UNESCO as a World Heritage Site, and are considered among the seven wonders of India.

The artwork is beautiful and executed with a lack of inhibition that is rarely to be found in modern India and although these erotic sculptures have, in modern times, given these temples their fame, they are so much more.  The Western Group of temples, in particular, contain some extraordinary sculptures. Exclusively carved out of sandstone, many of the carvings vividly depict couples in courtship, royal scenes, battles, marriage, meditation, and other daily life rituals as well as sexual intercourse. The intricacy of the tantric poses beg appreciation and offer a unique history lesson about the way of life in ancient India. One of the most striking aspects, perhaps, is how the women are skilfully and beautifully defined–strong, voluptuous, and idealistic.

In February/March, the Western Group of temples becomes the stage for the week long Festival of Dance.