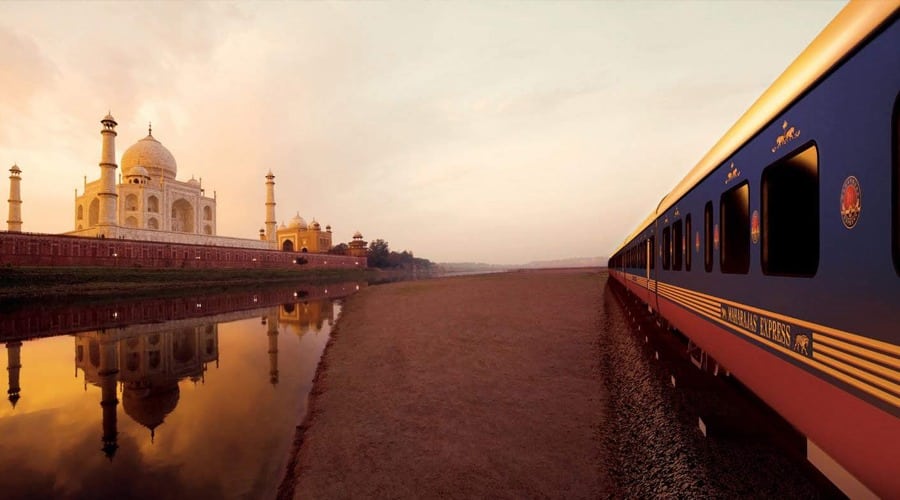 Standard Trains: Train travel is synonymous with India and indeed it is the largest employer in India with over 1.4 million employees. There are various degrees of train travel in India and most people would like to do a journey of some sort on a trip to the country which we do thoroughly recommend, though do beware, it is not the romantic experience that most people expect. It is a wonderful way of experiencing the ‘real’ India, the stations are an eye opener and the locals are always intrigued and friendly, but don’t expect spotlessly clean carriages or bathrooms!

Luxury Trains: The Meharaja’s Express, the  Deccan Odyssey and the Golden Chariot luxury trains provide sumptuous suites, fine dining and take one back to an era reminiscent of the Maharaja’s and their private train travel. This is a wonderful way to experience the country, traveling by day and arriving at a new destination each morning. From the palace of Rajasthan, the wildlife of Madhya Pradesh, the wine lands of Maharasthra, many circuits are now available to explore the country in style.

Toy Trains: Otherwise known as the Mountain Railways of India, the toy trains were built by the British in main to transport themselves and the goods required up to the hill stations for the summer months. Many of these are still operational with the original steam engines and are a fun, if slow way to climb up the mountainsides, which they creep up laboriously albeit, through spectacular scenery.

The best known is the Darjeeling Himalayan Railway in West Bengal which is not only  one of the oldest train routes in India, being operational since 1881, it is also a UNESCO world heritage site and has the accolade of having Indian’s highest railway station at Ghum, which it arrives at 83 kms and several hours after it leaves Siliguri!  Other trains include the Kalka-Shimla and the Kangra Valley Railways in Himachal Pradesh, The Nilgiri Mountain Railway in Tamil Nadu, the Matheran Hill Railway in Maharashtra and the Kangra Valley Railway in Himachal Pradesh.

Enquire about this Experience